Amy has been a driver of top-level performance in the senior living industry for more than 31 years and has worked for some of the industry’s most prominent and respected providers. Amy is a talented sales leader, trainer and coach.  Over the years, she has worked with more than 200 teams and hundreds of individuals to leverage their strengths to produce better results and enhance their personal growth.  Amy is able to quickly assess a situation, make sound decisions and recommendations and take action quickly to drive improved performance.  She is an effective liaison and team-builder and has a unique ability to build productive and lasting partnerships across all sales and operational departments.  Amy is a strong mentor for her teams and has over the years been able to identify and foster leadership qualities in others. She is insightful and passionate about building programs to drive customer interest and engagement.

Amy started her professional career working for a small nursing home provider in Dayton, Ohio while attending college. She was responsible for driving occupancy and became the youngest administrator of two adult foster-care homes in Dayton.  In 1988, upon graduation from Wright State University, she moved to the Chicago area and worked for Classic Residence by Hyatt, where she worked hand in hand with the National Director of Marketing & Sales to start up their first six large, upscale rental retirement communities. Amy enthusiastically took on assignments ranging from development and coordination of sales training programs, roadshow event planning, CRM Training, coordination and writing six community monthly newsletters and an award-winning associate newsletter that was seen by Hyatt associates worldwide. In 1991, Amy went back to her skilled nursing roots, where she joined Manor Care in Chicago.  She worked collaboratively with her team to drive private pay, Medicare and Insurance census to new heights in three suburban facilities.

In 1996, upon relocation to Florida, Amy worked for a consulting firm whose clients were established senior industry providers.  She also served and marketed to new providers entering the booming Assisted Living market, as well as one single-family home developer in Sarasota who targeted customers 65+.  She conducted a variety of marketing consulting and training assignments, as well as substantially growing the executive search division and personally completing several executive search assignments.  While there the firm’s business increased by more than 200%.

After 4 years, Amy was recruited by a frequent client, American Retirement Corporation, which later became Brookdale Senior Living. She was with Brookdale for more than 15 years.  She initially held a position in regional sales and later became the vice president of sales and marketing for the East Central division.  While in this position she and her team drove the highest occupancy in the company.  She was then promoted to a larger division and eventually became vice president of sales for the owner relations group.

Amy left Brookdale to stretch her wings as Chief Operating Officer for Somerby Senior Living, a small provider out of Birmingham, AL.  While there she led all operations, managed a complete rebranding project, which included new website development, and worked with key team members to develop Somerby’s “Discover Your Spark” Wellness and Lifestyle program, as well as Somerside, Somerby’s innovative approach to memory care.

Some of Amy's favorite childhood memories are of times spent with her grandparents. As an adult, Amy's life is smack dab in the middle of the "sandwich generation". She cares deeply about her aging mother and recently just lost her mother-in-law.  She is married and a mother of 5 children.  She understands the challenges and mindset of the adult daughter customer set.  Amy is blessed with a large extended family and loves spending time with them.  She also enjoys antiquing, decorating, social media, writing and shopping online.  Amy holds a degree in Communications and Public Relations from Wright State University in Dayton, Ohio.

Amy’s combined experience in sales, marketing and operations and her experience working with large and small providers has positioned her to enter the consulting world and immediately begin to help senior living operators and developers improve sales processes and help close those sales and marketing performance gaps. 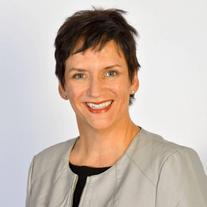 Connect with me on LinkedIn!